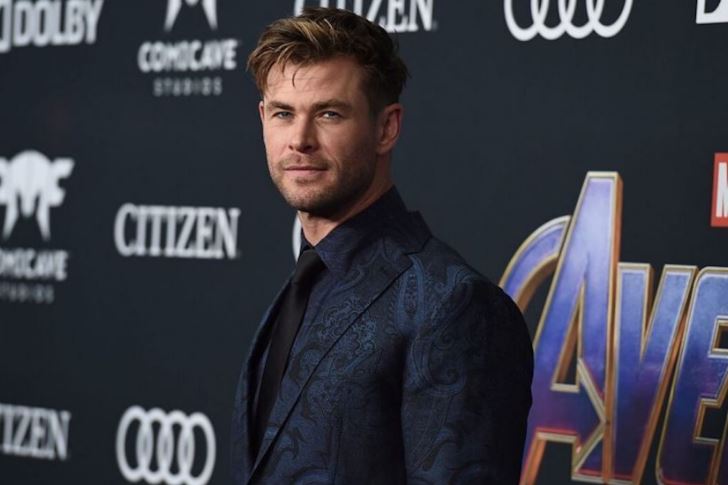 Aside from being one of the highest-paid actors in Hollywood and the sexiest man alive according to People magazine, Chris Hemsworth is one of the most talented Australian actors of all time.

His talents and vigor have allowed him to be selected in Blockbuster movies like Snow White and the Huntsman, Rush, MIB International, and the Avengers movie series.

Chris is one of the few actors in Hollywood that can play roles that even experienced actors in this industry will find it hard to cope with.

In this article, I am going to attempt to show you all you need to know about the god of thunder. By the end of this guide, you should know all there is to know about Chris Hemsworth from his net worth to his wife, top-grossing movies, and lifestyle.

Chris Hemsworth’s fabulous movie performances have allowed him to earn over a staggering $80 million within the past ten years and nominated for prestigious awards like the British Academy Film Awards, Nickelodeon Kid’s Choice Awards, People’s Choice Awards…

Chris Hemsworth was born in Melbourne, Australia on the 11th of August 1983 to Leonie and Craig Hemsworth. He is the second son of the couple. His older brother Luke and his younger brother Liam are also exceptional actors.

Although Chris was born in Melbourne, he was raised in the Australian Outback in Bulman. His Mother Leonie (née van Os) was an English teacher in their school while his father was a social-services counselor.

Chris’s mother had Dutch and Irish ancestry while his dad is of English, Scottish, and German ancestry. He completed high school education at Heathmont College in Australia before his family decided to move to Phillip Island.

Growing up, Chris spent most of his time surfing on beaches and climbing mountains. This gave him the excellent physique that has helped him land lead roles in movies like Thor and Extraction.

Hemsworth began action in 1998 but was appearing on television by the beginning of 2002. He appeared in two episodes of the film “Guinevere Jones”, a popular soap opera series at the time called “Neighbours”, and one episode of the TV series “Marshall Law”.

The following year, Chris Hemsworth appeared in an episode of “The Saddle Club” and played the role of Kim Hyde in an Australian soap opera titled “Home and Away”.

After Chris Hemsworth left the Home and Away casting in 2007, he moved to Sydney and partnered with Abbey Ross for the fifth season of Dancing with the Stars Australia.

Josh Tyler from Cinema Blend described his performance at  the open scene of the movie as the “best five minutes I’ve spent in a movie theater this year“.

Although Chris did not play a major part in the movie, the film was a box office success and made more than $380 million. Before the end of 2009, Chris Hemsworth also appeared in the movie “A Perfect Getaway”.

When Chris Hemsworth came to the United States in 2010, he starred in a movie alongside the legendary UK actor Sean Bean in the movie “Ca$h”. The movie was a success for Hemsworth and the Hollywood Reporter branded him as one of the few young male actors that are jumping into the Hollywood A-List.

2011 was a great year for Chris Hemsworth, Sony Pictures announced he was the main actor for their movie “Shadow Runner” and he was cast as Thor in the Marvel Cinematic Universe movie “Thor”.

Chris Hemsworth appeared alongside Tom Hiddleston in the movie “Thor” and the movie grossed more than $500 million worldwide and a lot of positive reviews. Thor was the 15th highest-grossing film of 2011 and a  big success for Chris Hemsworth.

After the end of Thor and the Avengers, Chris Hemsworth appeared in the 2012 horror film The Cabin in the Woods, Snow White and the Huntsman, Red Dawn, Thor Dark World in 2013, Rush, Blackhat, Vacation, In the Heart of the Sea, and The Avengers, Avengers: Age of Ultron in 2015.

In 2016, Hemsworth appeared in the movie “The Huntsman: Winter’s War” alongside Jessica Chastain before he was cast as Kevin the receptionist in the movie “Ghostbusters”.

After March 2017, Chris Hemsworth appeared in a series of Marvel Movies including Thor: Ragnarok, Avengers Infinity War, and Avengers Endgame in 2018 and 2019 respectively.

After the end of Avengers Endgame In 2019, Hemsworth appeared alongside his Thor co-star Tessa Thompson in the 2019 Men In Black movie series “Men in Black: International”.

Chris Hemsworth also appeared in the Netflix action thriller “Extraction” produced by the Russo brothers. This movie was watched by 90 million households within 30 days of release breaking the record previously held by Bird Box.

Around April 2010, Chris Hemsworth and Elsa Pataky announced their relationship, and the couple got married in December 2010. They had their first daughter, India Hemsworth in May 2012 and two years later, they had twin sons, Tristan and Sasha Hemsworth in March 2014.

Chris Hemsworth has been able to break some of the most incredible records in the industry and recognized worldwide as a successful actor.

Chris Hemsworth has been cast in more than 50 movies and TV series. His great composure has made him a top choice for top movie companies and agencies.

Chris Hemsworth has also appeared in a couple of TV series like Home and Away, The Saddle Club, Marshall Law, Neighbours, and Guinevere Jones.

Currently, Chris Hemsworth is worth a whopping $135 million. He makes most of his money from acting but also flips properties in the USA and Australia.

His biggest paycheck came from the 2018 MCU film “Avengers Endgame”. In his first movie for Marvel, he made only $150,000. But after the huge success of the movie, his salary somewhat tripled and he earned more than $58 million for Thor Dark World and Thor Ragnarok combined.

Chris earned more than $86 million for Avengers Infinity Wars and Endgame. Today, if you want Chris Hemsworth to appear in our movie, you’d have to pay him at least $18 million.

Christopher Hemsworth and his trainer Luke Zocchi also developed a fitness app that would allow people to get the “Full Thor Workout” from their home and even help them stay fit always.

Chris has been known to spend money on cars including a Cadillac Escalade worth $200,000 and an Audi Q1 worth at least $110,000. He also purchased a $4.5 million mansion in Tallow Beach and a $4.8 million Malibu mansion.

Aside from spending money on cars and mansions, Christopher Hemsworth is also a part of many renowned charitable movements and foundations including the Australian Children Foundation.