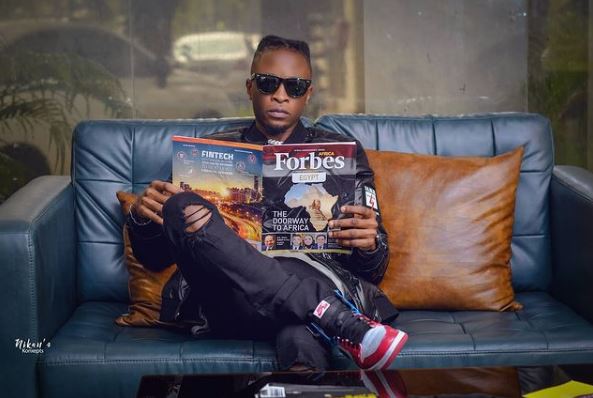 Olamilekan “Laycon” Agbeleshe is a popular Nigerian entertainer, musician, rapper, songwriter, recording artist, and reality TV star. If that’s all you know about this superstar, then it’s obvious you know nothing about him.

Laycon is a very handsome, kind, talented, and hardworking Nigerian that has managed to attain near impossible feat and recognition during his time on the BBN show.

In this article, I’m going to tell you all you need to know about Laycon even his life before he appeared on BB Naija. There’s so much to say so I won’t waste your time beating around the bush.

Born on the 16th of March 1994 in Lagos State, Laycon is a Nigerian national popular for his appearance on the BB Naija reality TV show. He is the true definition of a Lagos Boy. Born in Lagos, schooled in Lagos, made it in Lagos, and shining in Lagos.

He began writing and composing songs before he even finished secondary school.

Although he is a native of Bajuwen, Odeda, Ogun State, his parents moved to Lagos before he was born. He completed his basic and secondary education in a small college in Lagos Island and got admitted into the University of Lagos to study philosophy.

10 Most Beautiful Cities in Nigeria

In 2016, Laycon finished his tertiary education at the University of Lagos with a Bachelor’s Degree in Philosophy. He graduated with a second class upper and was very happy because he was among the few people in his linage to graduate from the university.

After he concluded his graduation ceremony, he enrolled in the NYSC program to serve the country. After he completed his NYSC program, he was off looking for a well-paying job.

On so many occasions, he was turned down by his employers on the ground that he did not meet up to the standard required by the company to work for them. Laycon even spoke out on the show that some of these companies told him

“Mister Man. You are not qualified for the position that you are applying for”

Despite this statement, he did not give up and kept applying for vacant positions anywhere he could while pursuing a second career in music production and songwriting. During that time, Laycon emerged as one of the ten finalists of the 2017 MTV Base LSB challenge.

Olamilekan Agbeles later landed a job as one of the assistants to the director of welfare and human resources, Lagos State Ministry of Information and Strategy. He later moved to Ikoyi after he was employed as a sales and business development personnel at Bestman Games.

Bestman Games is an indigenous African games company that specializes in the production and distribution of customized editions of Hasbro games. Laycon worked in this company for two months before he decided to leave and pursue a career in music production and songwriting. He admitted that he had always been passionate about making music.

Later in 2019, Laycon signed into Fierce Nation record label, and on the 21st of February 2019, he dropped his smashing hit track labeled “Fierce” featuring Chinko Ekun and Reminisce.

This track was listed in his second EP “Who Is Laycon?” When BB Naija audition forms were released in early 2020, Laycon filled his application and appeared as the nineteenth contestant on this popular reality TV show.

Laycon was the most popular housemate in the 2020 edition Big Brother Naija reality show. A lot of celebrities and ex-housemate of the reality TV show including Symply Tacha gave him all their support throughout the competition.

One of the things that made him even more likable was the fact that we were able to maintain his dignity as a man even after he was rejected by Erica. Laycon was even able to prove that he was very smart and was able to communicate effectively.

How old is Laycon now?

At the moment, Olamilekan “Laycon” Agbeleshe is 26 years old. On the 16th of March 2021, Laycon will turn 27 and we believe that we are going to see more from him.

Just in case you did not know, Laycon is a sex enthusiast. He likes to talk about sex even though the person he is having the conversation with is not interested in having or talking about sex.

Laycon became very popular after he was selected as one of the housemates of the Big Brother Naija Reality TV show tagged Lockdown edition. He beat 19 other contestants including KiddWaya, Erica, Praise, Brighto, Vee, Dorathy, and Nengi.

Laycon is seen by most people as the best housemate in the Big Brother Naija Reality show 2020 edition. On the 27th of September 2020, Laycon emerged as the winner of the 2020 edition of the BBN reality TV show and walked away with the ₦85 million cheque and other massive prizes.

After his victory, Laycon was ordained as the youth ambassador of Ogun State by the governor, Dapo Abiodun. He has also grab endorsement deals with several brands and small businesses.

Laycon was the first BBN housemate to get a verified Instagram account and acquire more than one million followers with three months. Even before he appeared on BB Naija, he was very active on all social media especially Instagram and Twitter.

At the moment, Laycon is worth at least $250,000. Being one of the most influential housemates in the 2020 BBN reality TV show, Laycon walked away with an ₦85 million grand prize, new cars, and several endorsement deals with several big brands and businesses including Mentos, Oppo, and Origin extra stout.

After the show, he was even appointed as the youth ambassador of Ogun State. We believe that there’s more to the celebrity than meets the eye. Even though Laycon has a $250,000 net worth t the moment, we expect it to grow in the nearest future.