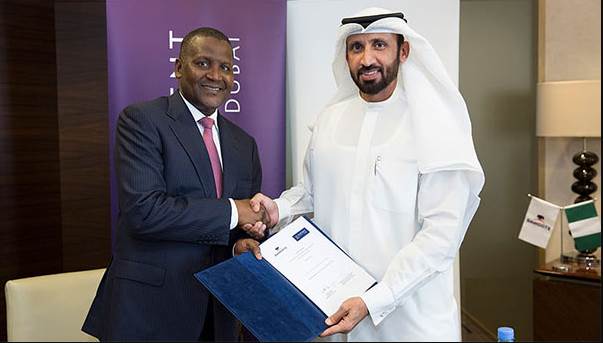 Ever wondered why some people become so successful? They achieve everything they set out to do and more. These are 10 simple things successful Nigerians do Every day.

What are successful Nigerians doing?

Do they sleep late or early? Do they even sleep at all? A lot of successful people have given guides and other information on how to attain success easily and quickly. Some of these people were bestsellers, innovators, builders, and always inspirational.

It would be nice to record success or two in one’s life. A lot of people have succeeded in one field or the other. Success for one could be getting his apartment and for another is building a 5-star luxury hotel.

But, What is Success?

Success is a simple word that is hard to decipher. Success is simply the accomplishment of what is attempted or intended. But some names do stand out for far greater accomplishment such as Ben Carson, Nelson Mandela, Barrack Obama, Benjamin Franklin, Alicia Dangote. Dora Akuyili etc.

Most people believe that success simply means wealth but if you want to be successful, one of the best steps to take is to emulate the actions of other successful people.

While every successful person has his or her unique approach towards success, there are a lot of common patterns you can find when you read their books, watch their interviews, seminars, talk shows and lectures where they reveal the secrets of success and give cool acronyms ie T H.I.N.K B.I.G, S.M.A.R.T.

A lot of Nigerian have also released their success stories and quite frankly it’s no different from others worldwide that have shared theirs. They all have these 10 in common. Here are 10 things successful Nigerians are doing.

This is more like a fact and the easiest way to sight a “successful” person. His shoes, the cars, the house, first-class & VIP seats, private jets, and the luxury.

They have a reputation to keep up to and when they purchase a product, it’s something that an average Nigerian can’t afford.

Linda Ikeji, she purchased a mansion worth over ₦500m at Banana Island, this purchase even gave her more attention and more recognition as a successful female blogger.

This is another prominent habit of successful Nigerians. Successful people apply the domino effect on their lives by making small and continuous improvements. Being Stagnant or slow development is not an option for them. Growth seems to be a tradition of successful people. So much can be done within those short hours of the day.

Mosunmola Abudu is one of the most powerful women in the media world globally, worth $24 Million (Approx 2019). She has TV stations (Media and Entertainment City Africa & EbonyLife TV) airing in over 49 countries across Africa, as well as in the UK and the Caribbean. she did not stop there.

She went into the movie industry and her movies such as Fifty, Wedding Party 1 & 2, The Royal Hibiscus Flower have grossed over ₦300m revenue in Africa alone.

Mo Abudu was described by the popular American business magazine and global media company, Forbes, as “Africa’s Most Successful Woman”. She has won awards such as the City People Movie Special Recognition Award and the City People Movie Award for the category of the Best Movie Producer of the Year (English).

Most successful Nigeria is social workers. Successful Nigerians build hospitals, orphanages, clinics, roads, markets, etc in their home towns and other strategic places. They also voice the people’s problems when matters get out of hand and support them when they can.

Successful Nigerians are simply extraordinary when it comes to charity and would love to social progress. Aliko Dangote, who donated $1m to help fight the Ebola virus in 2014.

The top 1% in every field are completely committed. They believe in themselves, their brands, and their companies. Successful people are the ones that are reliable and dominate. When there is a problem or we require a particular good, they are the first ones we turn to.

Successful people are focused on meeting their objectives and prioritize this issue.
These issues are concrete, narrowly defined, and properly planned, so progress can be effectively measured.

Mike Adenuga, who happens to be a Nigerian billionaire businessman and the second richest man in Nigeria. His company, Globacom is Nigeria’s second-largest telecom operator and has been on top for over a decade and a half.

Whether as a human rights activist, a motivational speaker, or even a life touching autobiography, successful always look for a medium to inspire others. They always make others see the possibility of the impossible. They refuse to let the success story stop with them. Instead, they would prefer the joy to continue.

Betty Irabor, a philanthropist, public speaker, and one of the most successful entrepreneurs in Nigeria. She and her campaign have a very strong influence in the fight against breast cancer and she also motivates girls and young women.

We already acknowledge them as great but they see themselves capable of being the best. That is the biggest problem in a literate society, They don’t have any feeling of inferiority complex since they see the best in themselves and know that they are destined for more.

Azeez Makinde, the founder of NaijaLoaded.com.ng, which is one of the most visited sites in Nigeria. In an interview with success stories Africa, Azzez Makinde said he wants his blog to be among most visited blogs in the world in less than a decade from now.

Successful people recognize that if they are not continually getting better, they are getting worse. So, they read books, take courses, listen to CDs and podcasts, take additional training, or even get a degree or two. A professional never stops learning because learning something new is always an opportunity to know what they don’t know.

David Adeleke, popularly known as Davido, is a singer, songwriter, and entertainer who remains one of the hottest and biggest performing music artists in Nigeria. Even with the fortune and fame Davido has, he went on to Babcock University to get a degree. Most Nigerian entertainers made their money from showbiz, not every one of them went to the university but Davido is a first-class graduate. Amazing, isn’t it?

Although their business has already made lots of money; yet every successful person diversifies and creates a new business line. That is the true meaning of success, it never stops.

Willie Obiano, Governor of Anambra state, even as governor, went into agriculture and made over ₦15m from vegetable export alone.

Even if you have all the cars in the world, you still need gas. Successful people always look for support and find people they can connect with intellectually.

They look for opportunities to expand their circle of friends and business associates. They realize that every conversation is an opportunity, so they have a solution to a particular problem (debt).

Bill Gates’s presence at Fatima Dangote’s wedding is a pretty good sign of a well-built international connection between her father (Aliko Dangote) and Bill Gates.

I’ll keep this one short. A healthy body breeds a healthy mind. Successful people eat good food, relax and go on vacations, they exercise and visit the doctors for regular check-ups.

2baba, formerly known as 2face Idibia remains one of the biggest Nigerian songwriters who said in an interview with VJ Adams that he tries to exercise up 70mins every day.

In summary of what has been said in this article. You can see clearly that successful people are ordinary people who are doing extraordinary things. Now that you know what successful Nigerians are doing, what are you planning on doing?

Set goals, calculate the risks, take action, follow these steps and I’m sure will be successful and we will be hearing your name in no time.