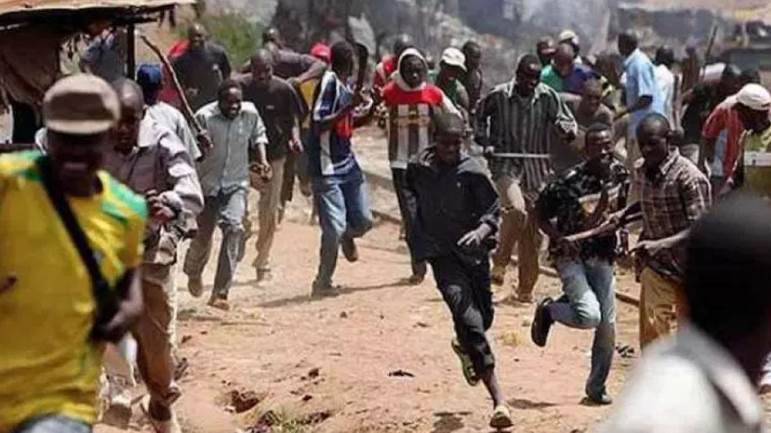 Like most third world or developing countries, Nigeria has a number of places that are very dangerous to live in especially if you are a foreigner.

These places are identified with crisis, domestic violence, high crime rates, poverty, and a dirty environment, making them some of the worst places to live in the world.

Nigeria, a third-world nation, is a highly underdeveloped state, even possibly one of the worst developing countries in the world. An article published on the 5th of September 2019 by Forbes magazine rated Nigeria as the third-worst place to live in the world.

Most Dangerous Places in Nigeria

Don’t get this article all twisted. Nigeria is one of the best places to live in Africa. Nigeria is the economic center of Africa, the giants of Africa, and the 6th largest producer of crude oil worldwide.

This West African country has become a prime vacation spot for European tourists and American expats. But there are some places in Nigeria you still have to avoid going too for your safety. In no particular order, these are by far the worst places to live in Nigeria.

Located in the North-Eastern part of Nigeria, Borno state one of the most dangerous places to live in Nigeria. Since 2011, there have been constant attacks from the Boko Haram and other military groups in this region.

In 2013, this group received global attention when they abducted 219 students from Chibok secondary school, Chibok, Borno. This act led to the #bringbackourgirls campaign across all social media platforms and humanitarian websites to secure these girls.

From 2013 to date, these girls are yet to obtain their freedom. Residing in Borno state is like a suicide sentence. Reporters and support aid have not been able to reach that region properly because of the high rate of insecurity & the security threat in Borno State.

Borno State has the highest casualty rates of all Boko Haram attacks in Nigeria. Even after moving the Nigerian defense headquarters to Borno State in 2015 as a strategy to combat Boko Haram, it has yielded zero results.

Kano State is another terrible place to reside in if you are thinking of moving to Nigeria. The security threat label in this state is near critical. In 2012, over 32 Boko Haram terrorists raided and attacked villages and towns in Kano state, which resulted in the death of over 150 civilians.

It’s also hard to be a dedicated Christian, Moslem, or missionary in this place.  Boko Haram attacks on churches, mosques, and markets are at an all-time high. Plus the socio-economic activities in the state have been crippled by these attacks.

That aside, Kano is a relatively underdeveloped region even though they have one of the biggest markets in Nigeria.

The strong point of Kano state is its agriculture. Its inhabitants are very skilled when it comes to planting and harvesting groundnut, beans, corn, millet, and even cattle farming. Still, farmers can only practice agriculture on a small-scale due to poverty and inadequate government support.

For a very industrious state, Onitsha is one of the worst places to reside in Nigeria. Onitsha is notoriously famous for green crimes. Although this city has seen its fair share of rising and fall, it is still a the brink of a major crisis.

Less than 20 years ago, Onitsha was experiencing a series of attacks from different military groups, vigilantes, and kidnappers. Onitsha was so bad back in the days that the government decided that the only way to fight evil was with evil.

They introduced the Bakassi Boys who used guns, juju, machetes, and dark magic to hunt down, maim, and kill anybody they felt was a threat to the society. These people were simply licensed Boko Harams.

Bakassi Boys were licensed to kill by shooting or beheading any perceived threats in the state. Certain people like fake pastors to petty thieves, armed robbers, kidnappers, corrupt landlords, murderers, and ritual killers were killed to maintain sanity in the city.

Today, Bakassi boys have been disbanded, but not completely gone. Some Ex-Bakassi boys still hang around the Onitsha head bridge to steal, kidnap, and scam people especially travelers who are ignorant of their presence.

These thugs operate from Upper Iweka Road to MCC, Awada, and Obosi. Don’t think you’ll be safe by calling the police. They are still above the law. You can even be maimed for shouting, “Stop thief.” I think Onisha is the worst place to live in Nigeria.

Ironically described as the land of good news, Ogun states is a very notorious area to live in.  There is always something diabolical happening in Abeokuta.

News headlines from Ogun State always read stories like “Wife kills husband,” “Boy rapes & kills maid,” “pastor sleeps with members wife and kills her husband”… is common in this part of the country.

Cities in the Ogun state are very, very wicked, and backward in both cognitive and psychological aspects. There’s also a high level of insecurity in this region, leading to continuous curfews and movement restrictions.

The economic output in the state is by far below standard. Ogun state is generally unsafe to live in. The infrastructure in the area is also below standards and poorly maintained.

It is mostly inhabited by internally displaced persons. The state also lacks basic necessary infrastructure, making it one of the worst places to live in. If you like to live in a place filled with bad roads, inadequate power supply, terrible waste management, poor health care, and nasty neighbors, then the Ogun state is the place for you.

Lagos can be described as a reasonably unstable city. The available number of facilities in the state is not enough to satisfy the demand required by the population. Lagos is the smallest and most productive city in West Africa, making it seem like a haven and beacon to people with big dreams.

Sometimes, Lagos is one of the most peaceful places in Nigeria, and other times, it is the genesis of a conflict or communal clash.

The wealth in this area is too high that even bordering states and countries are tapping into the wealth of Lagos, adding more stress to the system. The Agejunle area of Lagos is nothing to write one about.

It is an overpopulated slump with underdeveloped facilities when compared to other parts of Lagos. You can be walking down the road and boom, STEET FIGHT [gang turf wars]. This gang battle usually involves multiple rival gangs fighting over territories or disputes.

These clashes can cover long distances from Apapa port down to the Safejo market in Amukoko and can even last continuously for up to 12 days. The rate of insecurity in this area is also somewhat above average.

Speaking of one of the most dangerous places to live in Nigeria, Warri is a strong contender for the number one position.

Warri can easily be regarded as the Ajegunle of Nigeria. It is a rough and rugged area where you can quickly run into the good, bad, and ugly at the same time.

Although the cost of living here is quite low, Warri is one of the worst places to live in Nigeria.

Despite being an oil-rich region, the level of infrastructure here is by far the below standard. One of its notable habits in its arsenal of bad habits is cultism. Warri is only second to Port Harcourt when cultism is concerned.

There have been cases where cultists confessed to recruiting members from JSS 2. Most of the youths in these areas are unemployed and prefer stealing and engaging in internet fraud over going to school or getting a decent job.

Port Harcourt is a no safe zone for a new family. They don’t usually make news headlines because most of their activities are mostly done underground and properly covered up by security agencies in the country.

There are over 50 active cult groups in Port Harcourt. Most of these groups are more interested in making money than squabbling over territories. These cultists mainly operate on campuses found all over the state.

But when they are off-campus, you see a lot of youths between 16 and 33 arrested for armed robbery, murder, kidnapping, internet fraud, and domestic violence.

Even when they are caught, expelled, rusticated, or arrested, there are not deterred from stopping their evil act. It just gives them the chance to go into their work fulltime.

Port Harcourt is by far the worst place to start a family in Nigeria due to the high level of insecurity and negative influence in society.

Yola is the capital of Adamawa State. Landlocked in the Northeast part of Nigeria, it ranks as one of the most dangerous places to live in Nigeria due to constant attacks from the Boko Haram operatives.

Yola used to be a quiet and civil place, with only a few stories of inter and intra ethnic conflicts. But since the rise of Boko Haram, Yola can be likened to Sodom and Gomorrah.

Most of the state indigenes have deserted their homes, businesses, and farms, because of the constant attacks on churches, mosques, and markets. Attacks on this area have to lead to the death of over 1,500 people and destruction of properties worth millions of Naira.

Even before the Boko Haram attacks, academic and social activities in this state are among the lowest in Nigeria. Less than 2,000 students register for WAEC & SSCE from Adamawa state every year.

Bauchi state is another region in Nigeria plagued by the Boko Harammilitants.

The former president of Nigeria, Goodluck Ebele Jonathan, declared many curfews in this region due to the high rate of insecurity.

That aside, like most states in the Northern parts of Nigeria, children in Bauchi lack proper education and, most of all, health care.

Its academic, social, political, economic output is lower than standard making it a very underdeveloped society.

Characteristics of an impoverished society

The world we live in is rapidly becoming a global village thanks to the internet. Specific attributes are used to characterize an average society, which some of these places lack.

Most of these places meet the listed qualities making them a lousy choice for foreigners looking for Nigerian residency.

If the federal, state, and local government work with investors and stakeholders, putting aside party differences, they can remodel these places to become even better than expected.

They can develop and provide both necessary infrastructures, security, standard social amenities, and support to people in these areas. I’m sure these places will rise to become some of the most beautiful places in the world and even hot tourist attractions to European expats.