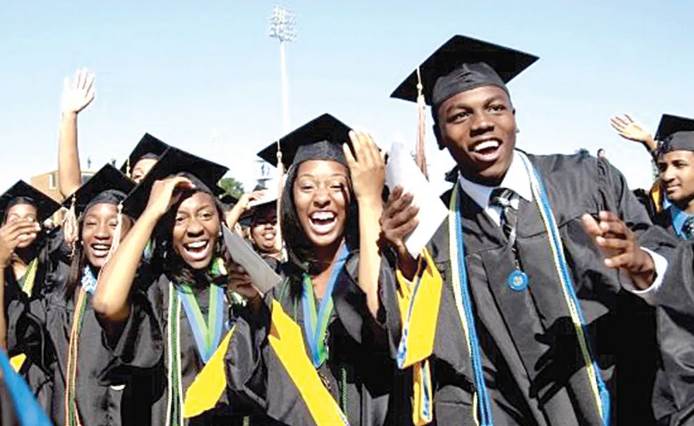 For secondary school graduates in Nigeria, of course, the next step is you need to take as a student is to register for UTME & write your JAMB exams and proceed to a tertiary institution. But this can prove to be a major setback since university admission is not as fast as it used to be.

I’m saying that more people are writing the exams and not enough of federal universities making your chance of gaining admission of as low as 3 out of 15 for an average student. Every year over two million students are deprived of admission and forced to stay home, get a job or school in polytechnics or college of education. This mostly happen because many aspirants did not meet the university requirements or pass the university entrance examination.

“Out of more than six million candidates that apply for admission yearly, only 30% will be admitted into the university. Then what happens to the remaining 70%? they stay at home for a year, 2 or even more” – Hilearners.

10 Ways To Speed Up Your University Admission

Gaining admission in Nigeria gets harder by the year. And those who were not admitted will face newer and tougher competitors. So, JAMB is creating a stockpile of aspirants?

A closer look at this and you will see that development is very very slow. Education is an essential attribute of development. Here is a small list of items that can delay your university admission:

Whether your course is not competitive or not, this score can secure you a place in any admission list, preferably the first batch. Scoring above 250 is like putting your name down in the book of life (first batch admission list) and doing so ensures you get admission faster.

Just because you passed the cut-off mark threshold of 200 and write POST-UTME doesn’t mean your admission is secured. That is why you need to prepare for JAMB very well.

” In the 2012/2013 academic session, 1,503,889 candidates registered for JAMB but only 500,000 of these 1.5 million candidates were tipped to gain admission into the various Nigerian tertiary institutions” – NUC

I wrote JAMB twice but the POST-UTME, I wrote once. University aspirants believe they will pass the POST-UTME since they passed JAMB.

This is a MYTH that should be dealt with. Don’t relent whether you passed your JAMB excellently or not. This is one of the reasons why candidates don’t gain admission with scores above 250 in JAMB.

Gaining admission is more than just scoring 200 in JAMB, your JAMB score tells the university that you’re ready to be an undergraduate. Then your POST-UTME secures a space for you.

POST-UTME is made up of what is called an aptitude test as in vocational aptitude test but instead of vocation, it deals with the required subjects. While JAMB tests your knowledge on what you learned throughout your secondary school days.

If you want that admission, you would need to score far above average in both JAMB and POST-UTME. The perfect score combination to study law in UNILAG would be 263 and 71%. Scream, if you like it’s possible. Put in extra effort and you’ll get superb results.

” 80,000 candidates who took part in the institution’s POST-UTME and were qualified for admission, but only about 3,700 would be admitted for the 2012/2013 session” –  The Vice-Chancellor of UNIZIK, Prof. Boniface Egboka

I had a friend, she always registers accountancy as her choice course at the University of Lagos. She wrote JAMB for 3 years and always scores above 230 but not admission.

Then on her fourth run, she chose Banking and Finance, scored 221 and was admitted. That is the meaning of Competition.

A lot of students, parents, and aspirants are so fascinated when they hear courses like Law, Medicine & Surgery, Accounting, Pharmacy, Mass Communication, Engineering, and Accountancy.

But little do they know about the competition level of these courses. Every year over 47,350 aspirants write POST-UTME exams for Medicine and Surgery in UNILAG but less than 500(usually 250 to 400) are admitted.

Just like I said earlier, more than 2 million candidates will sit for POST-UTME in a particular institution but only 5% will get admitted to study in that institution. Less competitive courses in Nigerian universities includes

“The school’s Law and Medicine faculties admission list was released and out of the 2,000 aspirants who scored 291 in the JAMB examination and should have qualified for admission but only 100 partaken ib the school matriculation ceremony” – The Vice-Chancellor of UNIZIK, Prof. Boniface Egboka.

As absurd as it sounds, you might need a network to get admission easily in Nigeria. Do not underestimate the power of strong and powerful connections in high places.

And by the network I mean, if you are writing JAMB, tell your dad to tell his friend that you’re doing so. These connections give you backing when the admission list will be released.

A lot of parents have bought admission for their children paying up to N500,000 just to them get into one big university to study one big course. If you do this, you have already bought your certificates. Then be ready to buy yourself a job.

There is an Igbo proverb that says “one who has a friend is stronger than one who has money”. by building a network and connection in high places, you get the assistance or backing you need. Now you know that building your connection now.

Forget about the quota system, it a rule that is not adhered to. UNN admit more Igbos than Yorubas. UI admits more Yorubas than Hausas and Igbos. ABU admits more indigenous Muslims than Hausa Christians.

Applying to your home university gives you the edge over others. If you have a good score of course.

If you want to gain admission, you will have to step out of your comfort zone. Read more, study more past questions. Just a little time for Whatsapp and Facebook.

You are currently laying the foundation of your life. So the choices you make today, build your tomorrow.

Maybe you are asking yourself “if I should study this course, my future would be bright?”. But I have one simple question you. What would be left of your life if you repeat your JAMB exams 4 to 5 times? And 5 years to your current age and scale your outcome. Take a second to think about that.

Federal Universities like UNN, UI, OAU, UNIBEN, UNILAG do not accept two sittings. If you want to double your admission chances you have to clear your SSCE, WAEC, GCE and NECO exams.

Nigerian Universities require a minimum of 5 credits in your result including English Language and Mathematics but the era of C’s is over. Too much C’s in your result may reduce your chances of gaining admitted.

A’s and B’s ought to be your target and straight A’s is your best bet if you want to gain admission faster.

Just like I said earlier, there are competitive courses like Medicine, Law, Pharmacy, Accounting, Mechanical engineering, etc. The courses are very competitive and thousands of aspirants apply for these courses yearly.

So, if you are choosing any of the stated courses, you should be ready to burn your midnight candle.

You can use JAMB statistics for the year and check the odds of you getting admission faster. Federal Universities like UI, OAU, UNILAG, UNIBEN, UNILORIN, etc. are very strict when it comes to admission.

Last but not least, do not underestimate the power of your God. No matter your religion, your faith and confidence count as key attributes of success including university admission. Believe in the God you serve and you will find rest, your admission will surely come.

List of Universities That Gives Admission Easily in Nigeria

Take extra steps to get your admission easier and get it faster. Then print a t-shirt which the caption “done and dusted”.

So, which of these steps on my list are you going to try out? And which one worked for you? Do tell in the comment section below. Good Luck.

1 thought on “How To Gain Admission Easily In Nigeria”