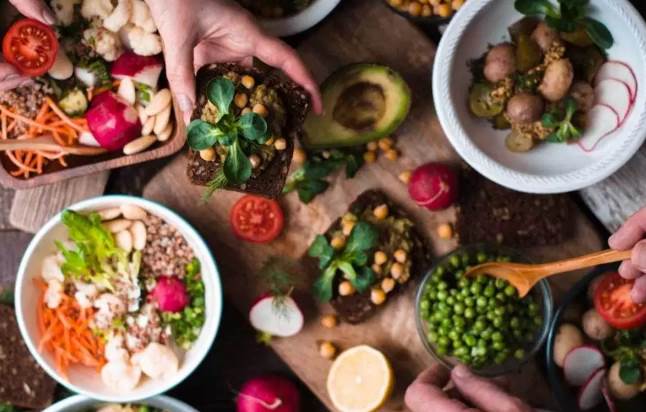 All over the world, it recognized that cancer is a major health challenge facing millions of people each year. In the United States alone, more than a million people get cancer yearly. As of 2009, a total of 562,340 deaths were recorded and thousands of people die yearly from cancer in the U.S.

Cancer is a systemic disease that can be caused by so many factors such as toxin exposure, nutrient deficiencies, poor diet, and even genetics, to some extent.

The good news is that they are certain foods known as cancer-fighting foods that help the body to combat cancer.

A natural essential way of preventing cancer is to avoid the intake of foods that increases cancer and to eat a nutrient-dense diet that is rich in cancer-fighting foods.

Green vegetables are the fundamental properties of any healthy diet because they are exceptionally rich in enzymes, vitamins, antioxidants, and minerals and also low in sodium, calories, fats and other toxins.

Leafy greens are very rich in antioxidants that can fight cancer, including beta-carotene (a form of vitamin A) and vitamin C. Examples are kale, collard greens, romaine, nutritious spinach, arugula salad, watercress, etc.

Higher fish consumption is a good diet that can produce a better immune function for the consumer. Wild and small fishes such as sardines, mackerel, and salmon are anti-inflammatory.

Omega-3 foods which when consumed, provide better nervous system health and better brain and hormonal health for the consumer. Researchers have shown that Omega-3s have helped to preserve muscle function and mass in chemotherapy cancer patients and this can reduce the inflammatory response that results from the treatment’s toxicity.

Organic meats such as chicken liver or beef are on the recommended list of cancer-fighting diets because they are one of the most nutrient-dense foods in the world and they are extremely high in vitamin B12.

Organic meats contain minerals that aids in cleansing the liver and remove toxins from the blood.

Flaxseeds and chia seeds are two seeds with the richest and highest volume of nutrients in the world. These seeds provide omega-3 fatty acids, fiber, and a range of essential minerals for the body.

Other seeds that can be beneficial in fighting cancer are sesame seeds, pumpkin seeds, hemp seeds, and sunflower seeds.

Turmeric contains curcumin, which is an active and powerful ingredient in an anti-cancer diet. It has been revealed that this can drastically reduce tumor size and combat breast and colon cancer.

Tumeric can be used in a tonic drink to fight inflammation. Alternatively, you can get curcumin supplements of 1,000 milligrams daily. Other spices and herbs that work as immune system boosters are raw garlic, oregano, basil, thyme, ginger, cayenne pepper, and parsley.

These are the top cancer-fighting foods and it is recommended that you include them in your diet. It is worthy to note that you should avoid eating burnt food or foods that are cooked at lower temperatures.

Avoid added sugar and processed foods; the first step to protecting yourself and your household from cancer is to improve your diet.